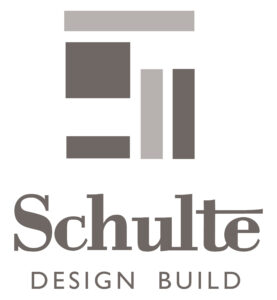 This kitchen project is in a newer build home (2007). The family liked everything about the space except for the island layout and location. Both ends of it were pinch points which made it cumbersome for multiple people to be in the space at a time. They liked the granite countertops but the one on the island was damaged and needed to be replaced to accommodate the new island configuration. Due to this, it made sense to replace all the countertops with quartz. We were able to remove the existing counters intact which allowed the family to give them away to friends who are planning to reuse them. The perimeter cabinets where in good shape but where a dark color which made the space dark and uninviting. We solved this by painting them a bright green/blue color with a two-part water-based paint. The existing range hood was originally installed at a height that made it difficult to see what you were doing while cooking. We replaced it with a unit that was not as tall which allowed us to keep the cabinet above it. They can now see what they are doing when they are cooking, and they don’t hit their head on it anymore. We added a couple of other cabinets in the adjacent spaces to provide them with more needed storage which did not impact the kitchen space. The existing floors are a traditional nail and finish in-place Oak which are connected to the entire main floor areas. Due to the relocation of the island, we had to patch around it. We then sanded and applied 3 coats of water-based finish in lieu of the traditional chemical “Swedish” finish. We relocated the existing 3 recessed lights over the island which saved them from them from the landfill. We replaced the old undercabinet fluorescent light fixtures with new energy efficient LED channel fixtures that provide much better counter task lighting. We had to patch the drywall at the ceiling over the new island due to the lighting relocate. We painted both the ceiling and walls to freshen up the space. As you can see, we were able to solve this family’s kitchen problems in both an environmentally and budget conscience way with creative solutions.